I have posted a lot about mixing these inks, but thought it might be helpful to show the basic colours all together too. Here they are - the scan has made the Magenta (also called Fuchsia) look more pink than it is and they are all 'backlit'. Note the Cyan is also called Turquoise. The black is actually Black not dark brown...but you get an idea :-). You can see the bottles on Liz' Steel's colourful post here. We've both been very excited about these inks and are enjoying drawing with them.

You'll notice a new one - Document Fog Grey, though to my mind this is not a grey at all, but a navy blue. Liz has done some sketching with it - have a look at her Blog here. 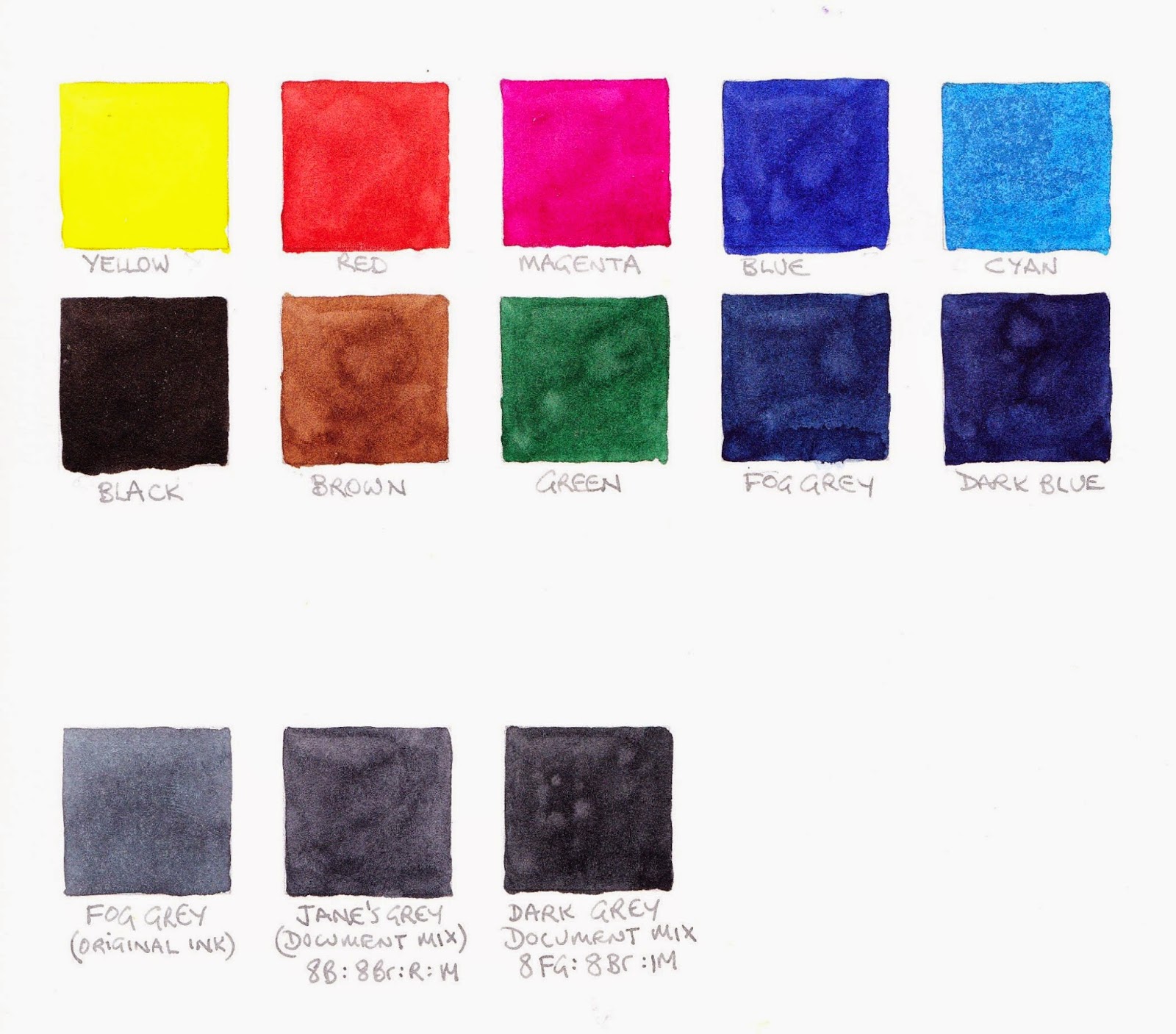 Above I painted out the regular Fog Grey - this is in the normal non-document range of De Atramentis inks, of which there are over 100, and is a lovely colour but it is not waterproof.  Only the Document inks are waterproof, which is why they are so important to watercolour artists. Next to the Fog Grey I have painted 'Jane's Grey' - a custom mix of mostly Document Blue and Document Brown but with a little Document Red and Document Magenta. I usually just use the Blue and Brown mixed but wasn't being very careful and overdid the Blue - so I had to add the reds :-). This is the joy of these inks - you can make the colour you want! I use this colour in one of my Pilot Falcon pens for sketching and I love it. The third grey is taking the Document Fog Grey and adding an equal amount of Brown and then a little Magenta to warm it up a little. It's also a nice dark grey. All good fun to explore :-)

August 2015 update - in the De Atramentis website the 'fog grey' is now called 'Blue-Grey' and there is a Document Violet. I have also been informed that a new Fog Grey will be made using just the Document Blue and Document Brown. I don't know when but that would be terrific :-)

White and Dark Red have also been added.
Posted by Jane Blundell at 02:22